Helgafell mountain (“Holy Mountain”) is visible from many places in and around Reykjavik and it is one of the most accessible and popular short hikes from the city.

It lies in the land of neighbouring Hafnarfjordur, only a 20 minute drive from the center of Reykjavik.

To start with, Hafnarfjordur is actually a very nice town. It is built in the middle of lava which flowed from nearby Burfell mountain 7000 years ago. This is evident by enormous black rocks of lava all around the town. In between those mysterious and strangely shaped formations there are lots of old pretty houses. The city calls itself “the town of elves” and Hellisgerdi Park is supposed to be the home of some of them. Even if you find that hard to believe, it still is a very nice park with volcanic rocks, tiny caves, a lovely pond and the northernmost bonsai garden in the world.

To get to Helgafell you need a car as there is no bus service that gets you all the way.

Drive all the way through Hafnarfjordur(the same route as to the airport) and follow the signs to “Kaldársel”. From the exit it is a 5-10 minute drive past horse stables and summerhouses before the surroundings changes from lovely countryside to landscape resembling something you might see on the moon. Incidentally, Kaldársel is one of the best places in the Reykjavik area to go stargazing due to the city lights not quite reaching there.

Helgafell mountain is 338 meters high. It is made by volcanic rock and lava is all around.
There is more than one way to get to the top but the most common route starts from the north-eastern side of the mountain. Follow the path keeping Helgafell to your right until you almost seem to be going past the mountain, and that is where the ascent starts.

The start of the path up is very obvious. It is steepest at first and the gravel loose but the path soon levels off, the surface changes and smooth large rocks take over. 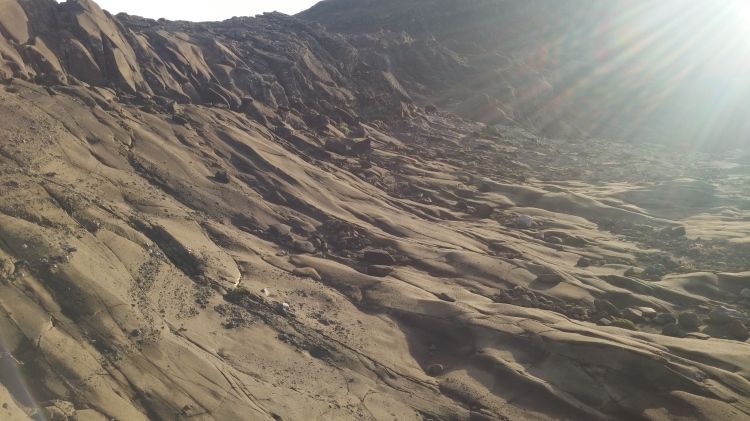 The path is very clear except in couple of places where you have to be on the lookout for the next of many cairns that mark the way to the top. Usually there are many cars in the ca park and people on the mountain, so it should be easy to find someone to follow if you are unsure of the route.

The view from the top is spectacular over the urban areas of greater Reykjavik and also of volcanic formations, some of whom are easily accessible from Kaldarsel as well. Búrfellsgjá for example is one of the most spectacular places near Reykjavik, but surprisingly few people visit it. 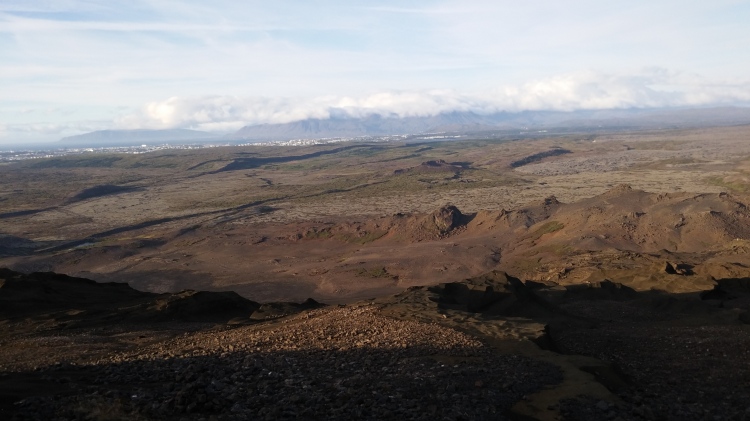 When returning it could be a great idea to stop in Hafnarfjordur. Suðurbæjarlaug is one of the best swimming pools around and there are lots of charming cafes to stop by for coffee and cake,or a cold beer to celebrate the day’s accomplishments! 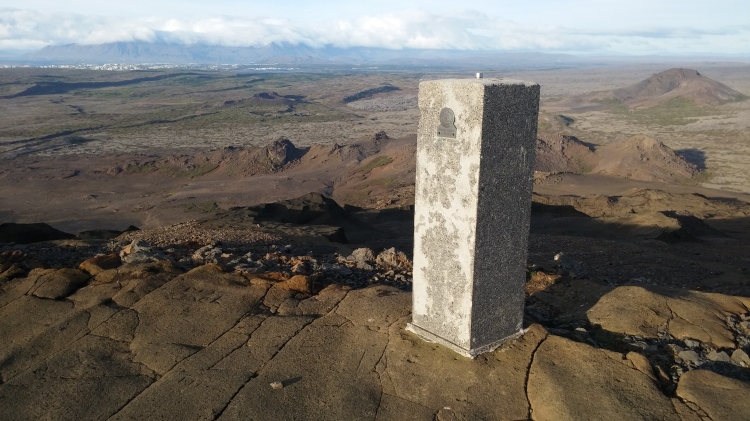