Where: Elliðaárdalur valley in Reykjavik

The Reykjavik Spring Marathon is a small and friendly race that has been held for the past 17 years.

Everyone is so friendly, they love the beautiful surroundings and have so much fun

The race has a really cozy atmosphere with friendly volunteers at the aid stations.

Pétur Helgason is one of the race founders and has been a part of the organizing team since the beginning.  We asked him to tell us a little bit about it. 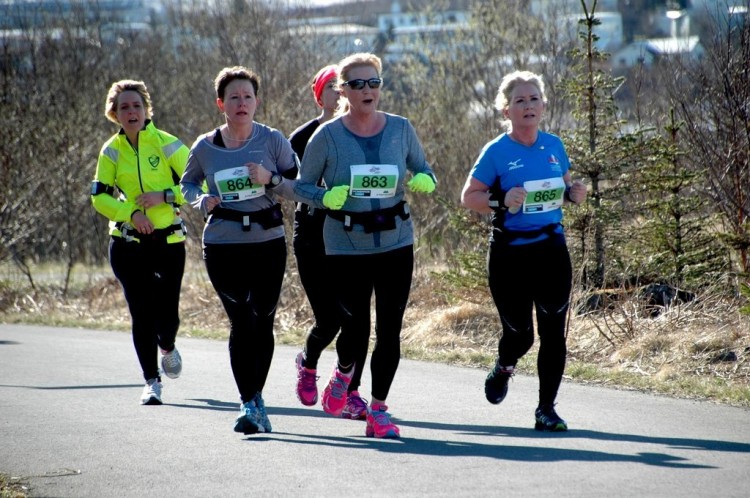 What makes it such a special race?

“This is a race held by runners for runners. It has a really friendly atmosphere and all runners are here to help each other and make sure everyone has a great day. Five local running clubs volunteer at the aid stations, each club has its own area and responsibility. We think this is a great way to activate the runners not taking part in the race. This community spirit is something that makes this race unique.”

“Foreign runners who have participated in the race have mentioned how friendly everyone is, how much they loved the beautiful surroundings and how much fun they had.” 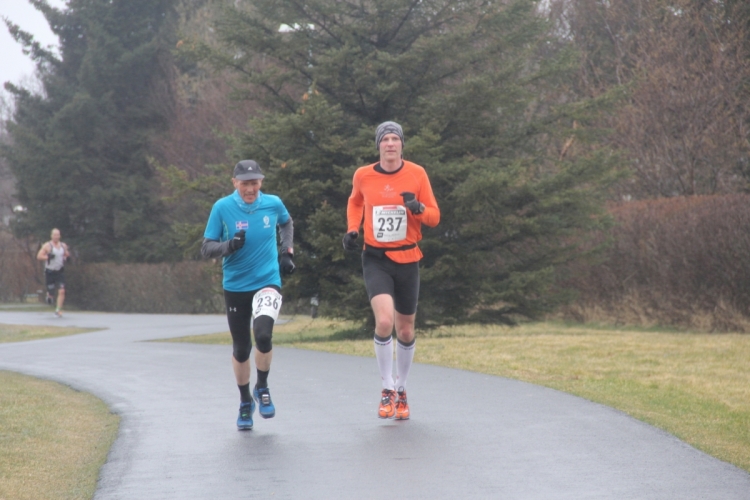 The course is on asphalt paths away from any street traffic. It is fairly flat and takes you through many beautiful parts of Reykjavik, including 4 of the most popular running areas in the city.

The race starts in the beautiful Elliðaárdalur valley in the east part of the city. The course then takes you to Fossvogsdalur valley, where the weather always seems so much nicer than elsewhere in Reykjavik, and the paths flatter and faster!

After Fossvogur, you run along the seaside towards Öskjuhlid up a long but not too steep hill – the only hill of the race. There is a scenic detour near Reykjavik University before the course takes you past Nauthólsvík geothermal beach and Reykjavik’s domestic airport.

You continue on the seaside path and run past Skerjafjörður and head for Ægissíða in the west part of the city where you turn around and run the same way back. The marathon runners run this route twice.

Here is a map of the course. 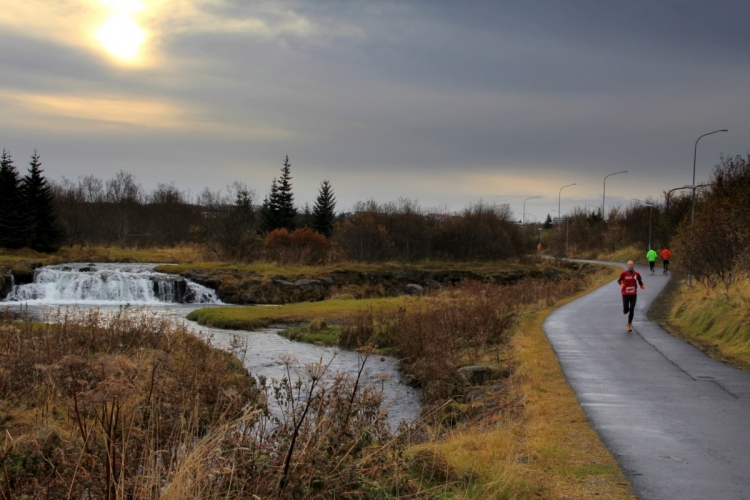 How did the race start?

“We wanted to offer more diversity to the race calendar and give those people who did not have the chance to run marathons abroad more options.  At the time when we started this race, the Reykjavik Marathon was the only marathon race in Iceland so the selection increased from one to three.”

Has the course always been the same?

“Various routes were tried until we found the best one! For example, for a while the race started close to where the turnaround point is now. That course went up Elliðaardalur and into Grafarvogur, ending in Laugardalur.

The current route has many advantages in addition to its beauty. It is very simple and the runners like the out and back course where they can cheer each other on as they meet.” 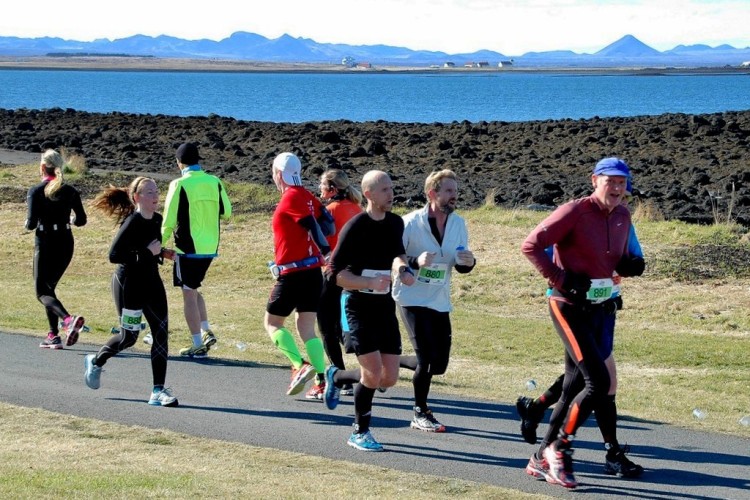 It is always very difficult to predict the weather in Iceland! The average temperature in Reykjavik for April is 3°C (37°F) and 6°C (43°F) in May. Snow is not unheard of in the Spring Marathon, while in other races runners have been wearing shorts.

Here are directions to the start.

Registration and further information can be found on the race website. 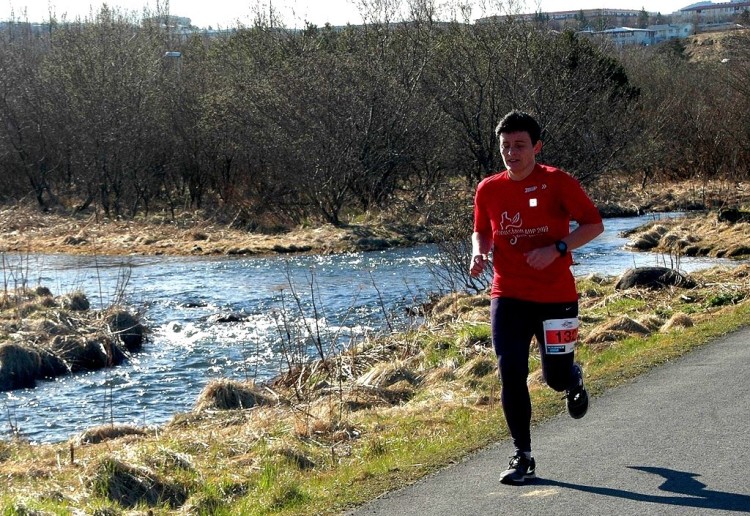 Finally Pétur, what is the best part about the race?

we just love to do it, it’s so much fun!

“For me it’s the great group of people planning and organizing the race.

Also, I like how this is not about money, the registration fees go straight back organizing into the race.  If we ever have more funds we will just buy more race equipment, lower the price or give the funds away in the form of prizes. It is great to feel the gratitude from the running community towards us for holding the race, but we just love to do it, it’s so much fun!” 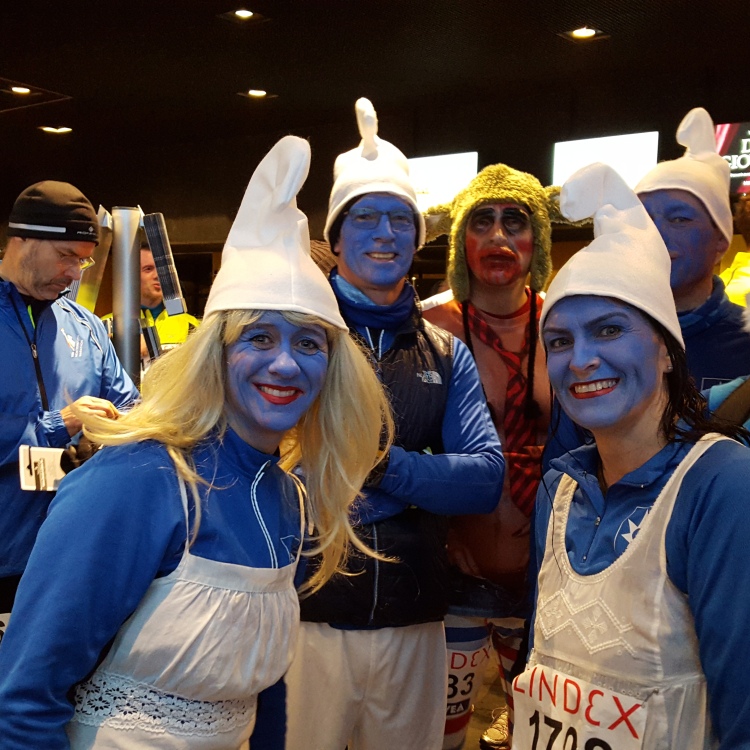 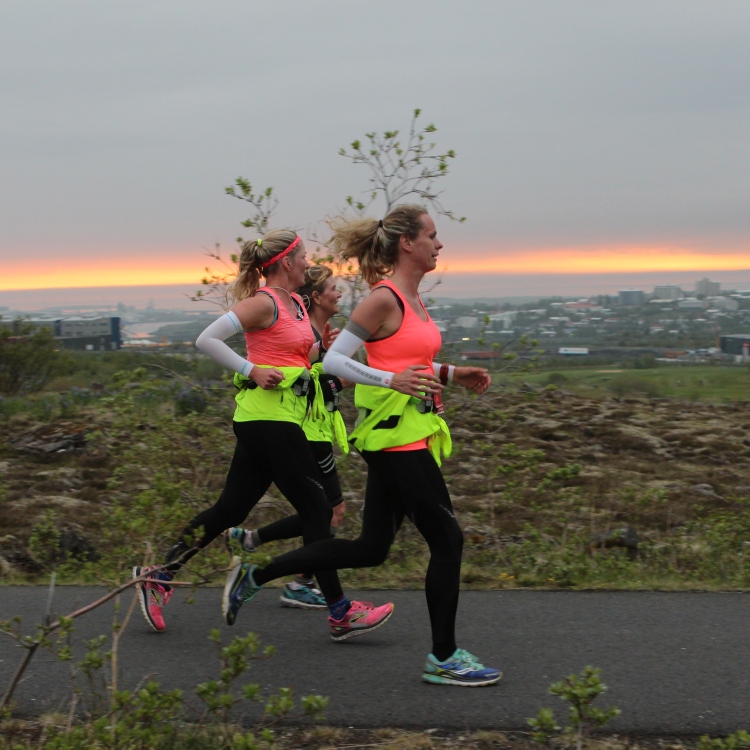 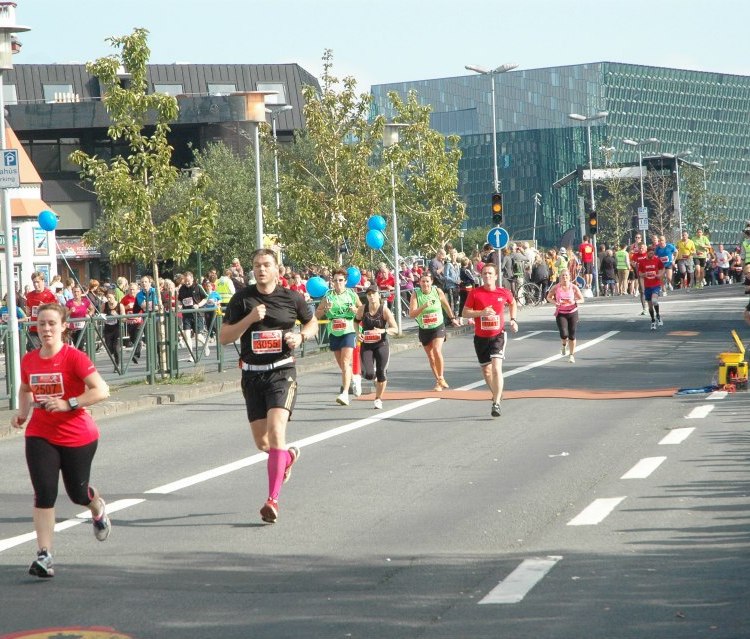 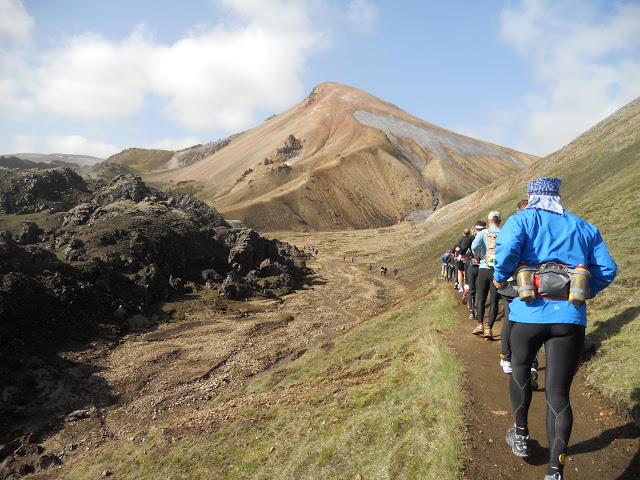 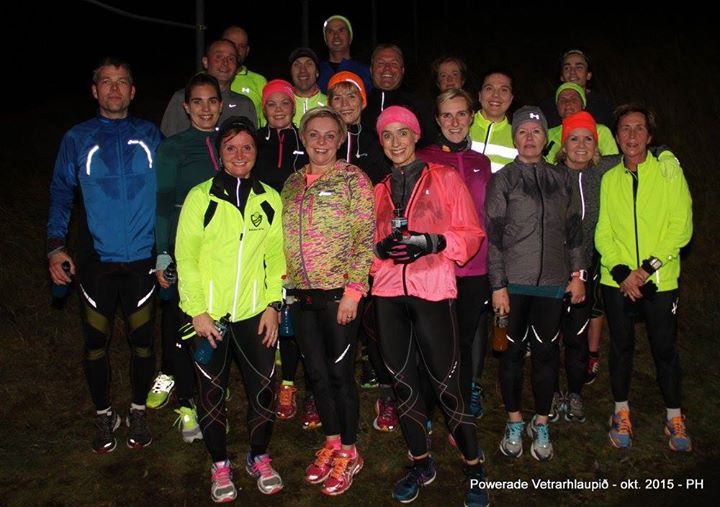