The Reykjavik Marathon is getting bigger every year.  It is also getting more and more international as its reputation grows.

In the last two years there has been a 63% increase in foreign participation in the marathon distance.

In the marathon distance 323 runners came from the United states, a 53 % increase from last year. The second most participants came from the UK with Icelanders third, same as last year. Germany and Canada have the fourth and fifth most marathon runners.

All distances had more runners taking part in 2016 than the year before. The marathon is the fastest growing distance with 23% more participants than in 2015 and the half marathon grew by 17% from the previous year. 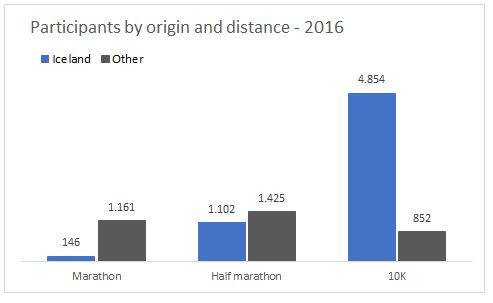 The growth in the half marathon is driven by visitors from abroad but for the first time there were more foreigners than Icelanders taking part in that distance. However, one of the 1,102 Icelandic runners in the half marathon was Gudni Th. Johannesson, the newly elected president of Iceland.  He ran side by side with other runners and finished in a very good time of 1:42:43!

The graph below shows breakdown by country for the three longest distances at the Reykjavik Marathon (marathon, half marathon and 10K).

A total of 3,438 finishers came from 70 countries to run in the three longest distances of the Reykjavik Marathon. 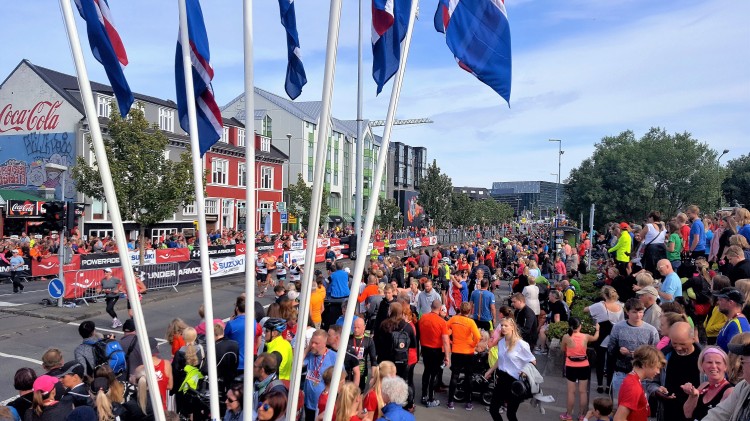 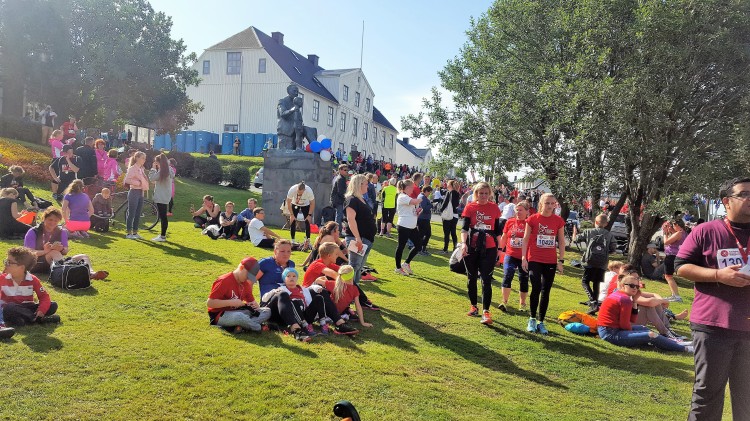